The Best Trip Ever

On Thursday the 18th we went to the fabulous museum it was raining but we didn't mind because the museum was inside. It was cool and awesome there we were lucky because after that day it was the weekend. We first had to eat a morning tea outside it took us 1 hour or more to get there.
Once we got inside we had to put our bags in the cupboard and we were just chilling and waiting for the tour lady to say good morning. She told us the rules the number one rule was to not run the second rule was to use or inside voices and. The last rule was to not run into stuff or else it would break and we would have to pay for it. 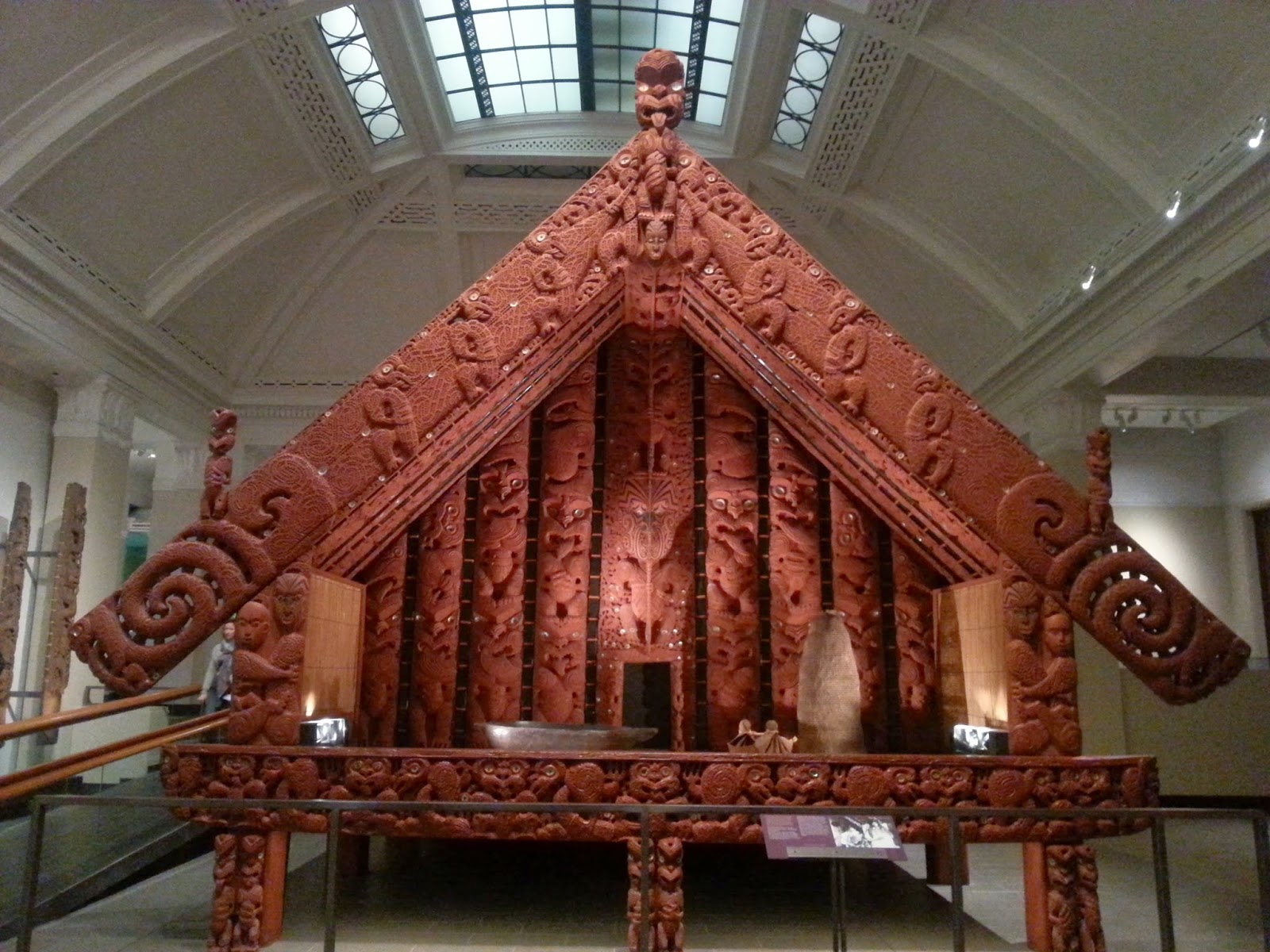 After we went on a little tour it was very amazing we saw was polar bears look like when they were very little they were very cute. Then we saw Antarctic room it was a bit like motat but just better and more funnier. We also went into the volcano it would shake and rumble until you heard a big crash and then it would finish.

Me and my friend Peteli got locked out of the volcano move so when they were in there we would pretend to be and statute and people would get frightened. We went of and we saw a mummy and a real mummy case it looked like it could just pop out. At the end we went to have some lunch then we went into a Marie

“Once there was one man and one talking banana they loved to make funny faces they were both best friends they both like sushi and chocolate. But one day the made a funny face for the 444th time and there face froze. He could not move his face again until there tongue went dry and fell of.”

Mr Rum was telling his employees to never poke a face again or else it would freeze, “OH NO” screamed Dud, “I don't want my face to freeze like that myth. “Neither do I” yelled Richard they were both terrified to ever pull a face again. Work was finish and they were walking home his friend was smiling, “Don't smile that is making a face”, Dud shouted.

They were going all fine until they were sweating, “How are you going Richard”, He said scared, “Im going really wonderful”, Richard replied. They were sweating so hard that Dud decided to pull a funny face and they both laughed then Richard pulled a face they kept making faces. They looked in the mirror and there face was not frozen.

They decided to put it to the test Richard said, “I will hang my tongue down nose pointy and ears as big as monkey”, Mumbled Richard, “Ok I will hang my ears down low big mouth and the finishing touch tongue sticking down. They shared their faces to the whole world and it became dark so they went to bed.


The next day they woke up they had the myth called face freeze they were scared so the went to handy's house to get fixed. She told them to relax and enjoy the message her but he failed to do it. When he went to work his boss asked him, "face me when I talking to you boyo", When he faced Mr Rum got angry and made a funny face and his face was friezed and that is the story of face freeze
(Not Real)
Posted by Toma at 09:37 No comments:

The Town Of The Living Dead

“NO,NO,NO” shouted Fitel stinksten, “don’t cook my pancakes burnt”, he said again shouting, “WHY ARE YOU BEING SUCH A BIG BABY!!!”, replied Range Hamon, “Cause I can you got a problem with that you say it to my face”, “OK I WILL THEN”, argued Range Haom, “YOU ARE A BIG FAT BABY THAT DESERVES TO DO HIS OWN STUFF ON HIS OWN”, shouted Range, “FINE THEN I DON’T LIKE YOU!!!!!”


My name is Range last name Haom I come from somewhere up west anyway my best friend and me were having an argument about pancakes which was weird. But after the argument he walked out and we heard a big bang we were scared. We found his dead body we watched the blood come out crying and hoping this was a prank but it was not.


I saw red and blue flashy lights outside, “What happened to him”, yelled the police on the speakers, “You are so close to me do you really have to shout when i'm right in front of you.”, Range shouted, “Sorry miss”, Whispered the police, “IM NOT A GIRL JUST BECAUSE I HAVE LONG HAIR”, Range Shouted in the speaker snatching the speaker off the police man, “PIGS THESE DAYS”, Range Laughed.”


As we walked through the town of the shadow we saw a black figure dancing and then It was one big monster forming to eat it was very scary for the two of us. “Oh no I am not going in there, Bonjaba saying horrifying, “Not even for a donut”, Range replied, “Ok”, Bonjaba wishpeard. “Why are you whispering”,Range whispeard to Bonjaba, “Because the monster is standing behind you”, “Uh oh.”


“RUN”, Range shouted, we ran and ran and ran to lose the monster, “We lost him”, Range said softly, “Lost who” Bonjaba said stupidly, we were hiding in a place where he would never him. “I took my socks off because they had holes in them”,That whole time we were being watch by the monster the whole time.

Once there was a fat guy called Steven(Mr Dumb) and a small boy called Tevita(Mr Nose Picker) and Toma(Mr Smart). They were all best friends they were going for a trip to samoa. “I cant wait to go to samoa” said Tevita “I can I don't like samoa” said Steven. “I wanna go” said Toma.


Two days later they arrived to samoa and Tevita,Steven and Toma were delighted but surprised to see no monkeys. “Stink no monkeys means going home” said Steven. “No see right there” said Tevita they saw the biggest fattest hairiest monkey they have ever seen. “Hi fat monkey”, said Steven stupidly and the monkey slap Steven and Steven began to cry.


Then the monkey went on a rampage it turned into a small gorilla into a massive gorilla like king kong. But it was all according to plan that is what he needed to kill Toma. The monkey ran into the jungle and Tevita and Toma ran to go see where it was going, “Where is it going “ said Toma “I don't know don't ask me i'm stupid hahaha” said Tevita “Oh my gosh” said Toma. TO BE CONTINUED DUN DUN DUN 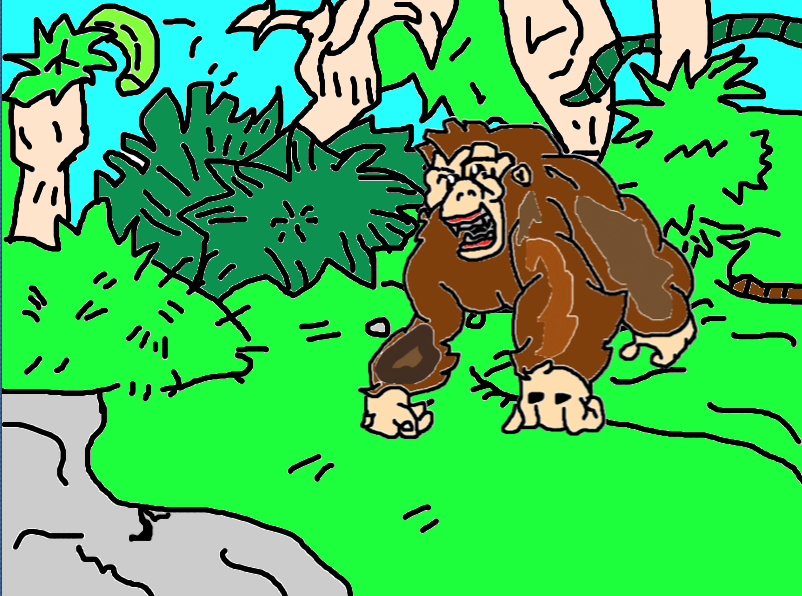